Where do you want to go next time you visit Korea? Gangnam? Myeongdong? Of course, hanging out in Gangnam and shopping in Myeongdong are exciting to add to your itinerary.

If you have time, however, I recommend visiting other places to experience local Korean culture more delightfully. Today, I am going to introduce ten little-known places to visit in Korea. 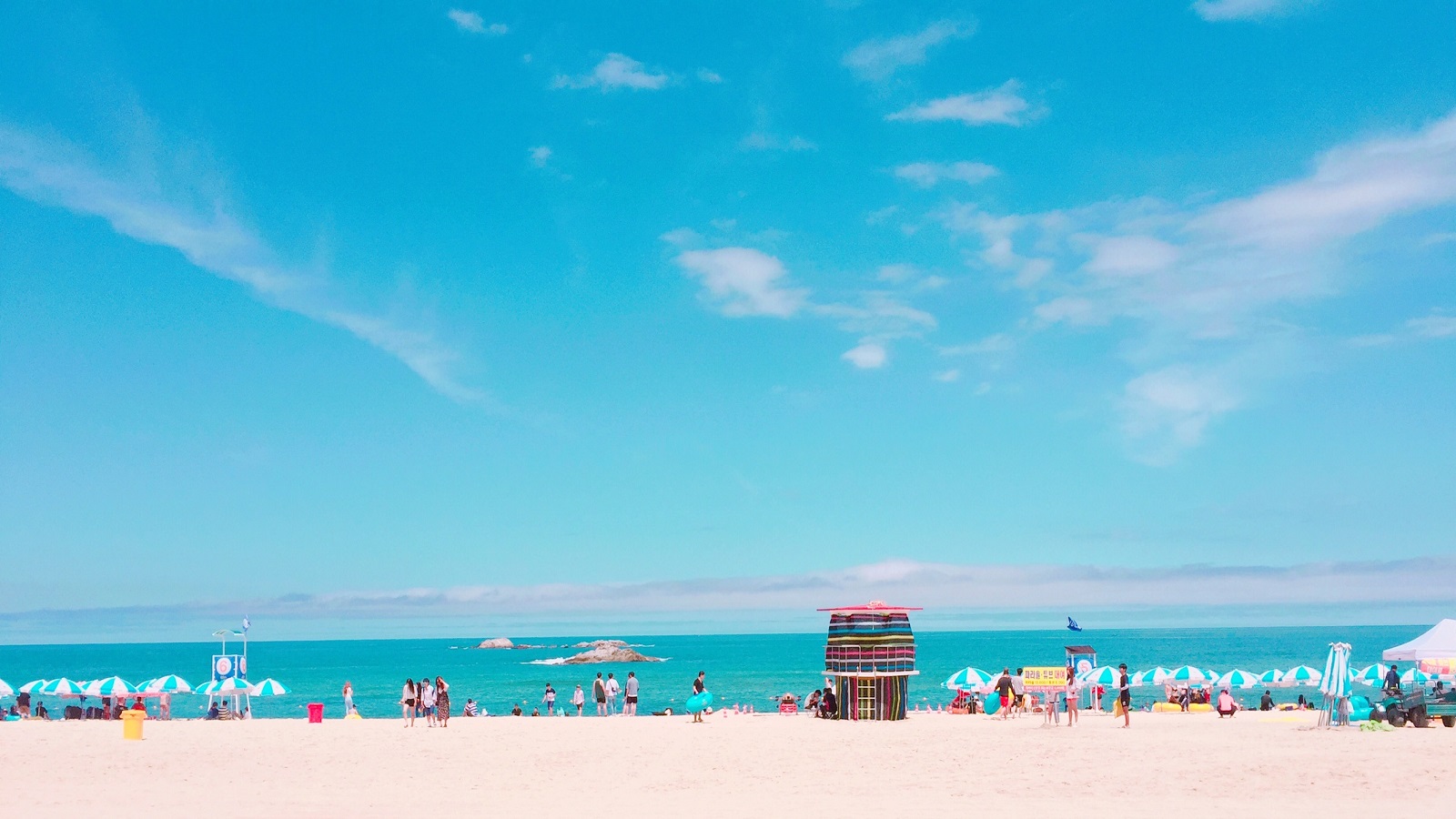 If you have already visited beaches in southern cities such as Busan, it is time to go to the eastern seaside. 강릉 (Gang-reung) is a city in 강원도 (Gang-won-do province), with a population of 200,000 citizens.

And its beach 경포대 (Gyeong-po-dae beach) is a beauty. You can see the horizon of the vast Pacific Ocean, and feel the sea breeze. Since Gangreung is far less crowded than Busan, you can fully enjoy the view and fresh air in peace. 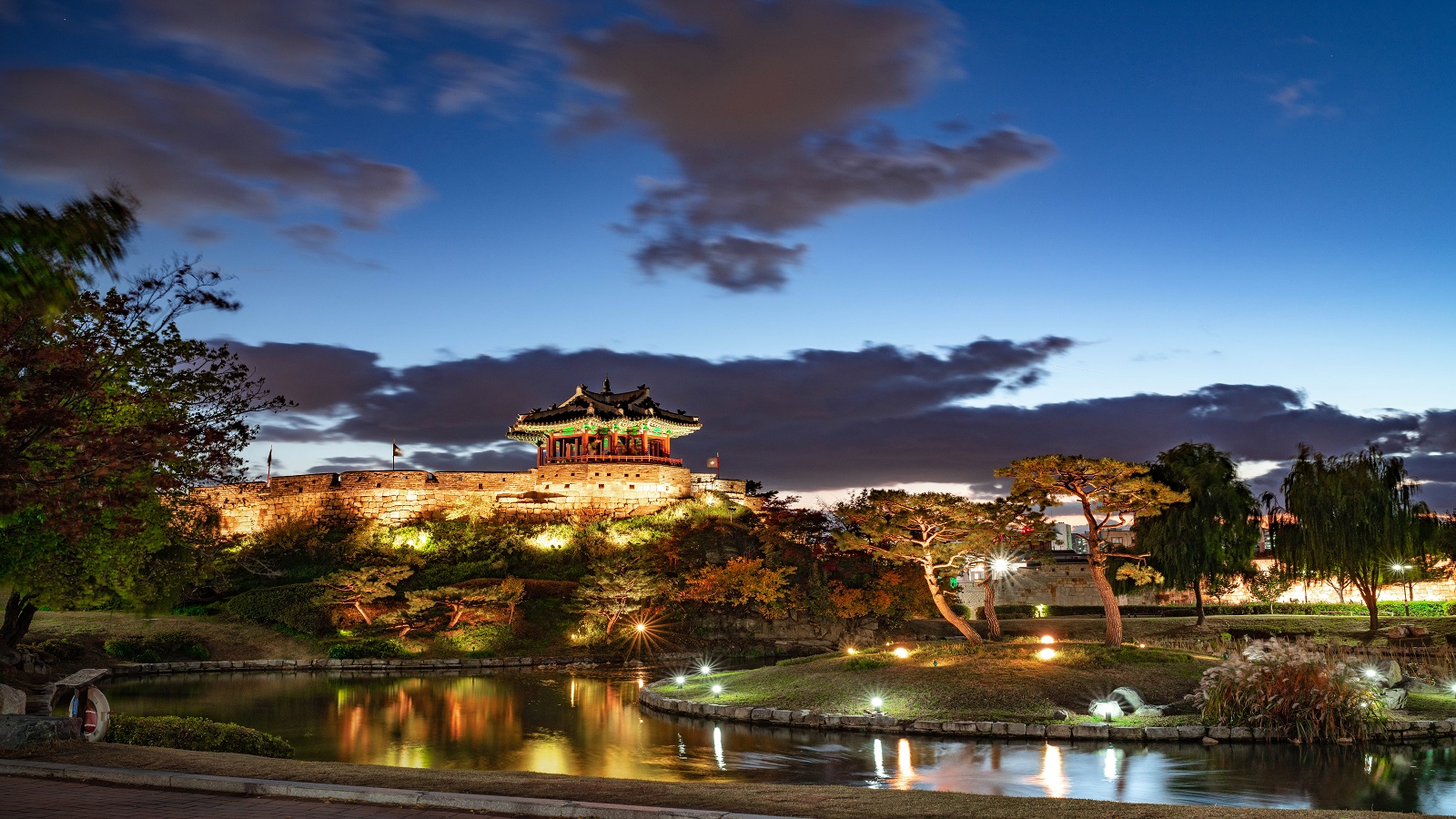 If you do not have time to go to the eastern seaside, it is totally fine. Once you visit 수원 (Su-won), you can say that you are an expert on Korean tourism. Suwon is a city in 경기도 (Kyung-gi-do province), which is abouts an hour from Seoul.

Suwon is the capital city of Gyeonggi province with a population of 1.2 million citizens, and one of the biggest cities in Korea. There are many historical places in Suwon. 화성 (Hwa-sung fortress) is one of them.

King Jeongjo of the Joseon dynasty built the Hwaseong Fortress in 1794, to house and honor his father, Prince Sado. Since Prince Sado was executed for his bad behavior, he could not be buried at the royal graves in Seoul.

So, King Jeongjo buried his father in Suwon and frequently visited his grave. After King Jeongjo built the Hwaseong fortress and palaces in Suwon, more and more people gathered and formed a big city.

The fortress remains intact and surrounds the old downtown of Suwon. You will see high buildings beyond the fortress, cars passing the fortress gates. Visiting the Hwaseong fortress is a perfect way to feel the past and present of Korea at once. 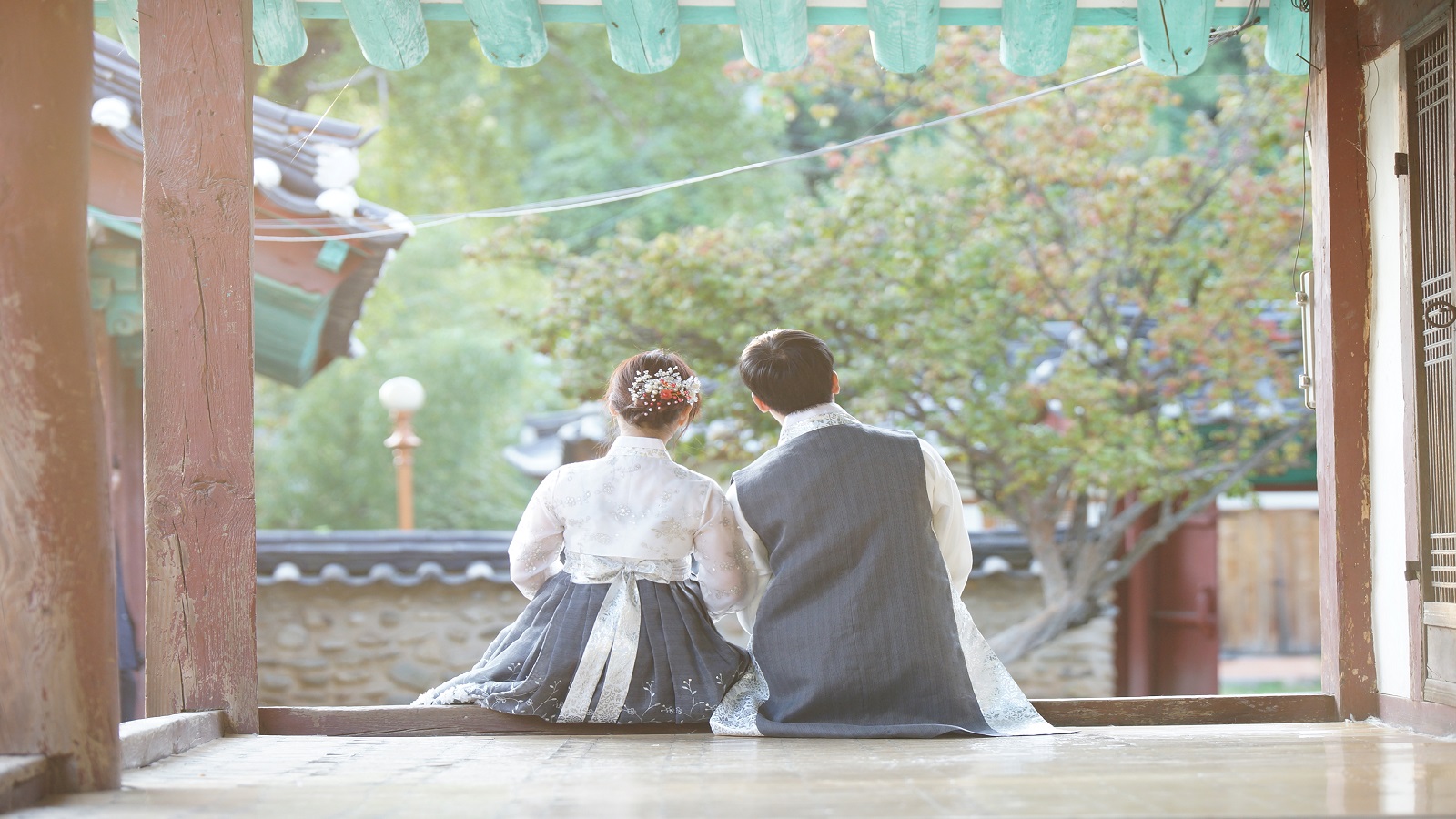 If you want to feel like you are living in the past, 용인 민속촌 (Yong-in min-sok-chon) is the best place to visit. 용인 민속촌 is a Korean folk village theme park.

The unique thing about this Korean folk village is the staff and employees. The employees dress up as though they are in the Josun dynasty, and act like they are living in the folk village.

A blacksmith makes tools, for example, and a mayor holds a trial. A couple is in a wedding ceremony and women in hanbok walk around the town. And all of them are the employees of the folk village.

In this folk village, you will feel like you are a tourist visiting a Korean town in the past. There are Korean foods, traditional souvenirs, and many events and ceremonies you can attend or watch. Please do not miss it next time you visit Korea! 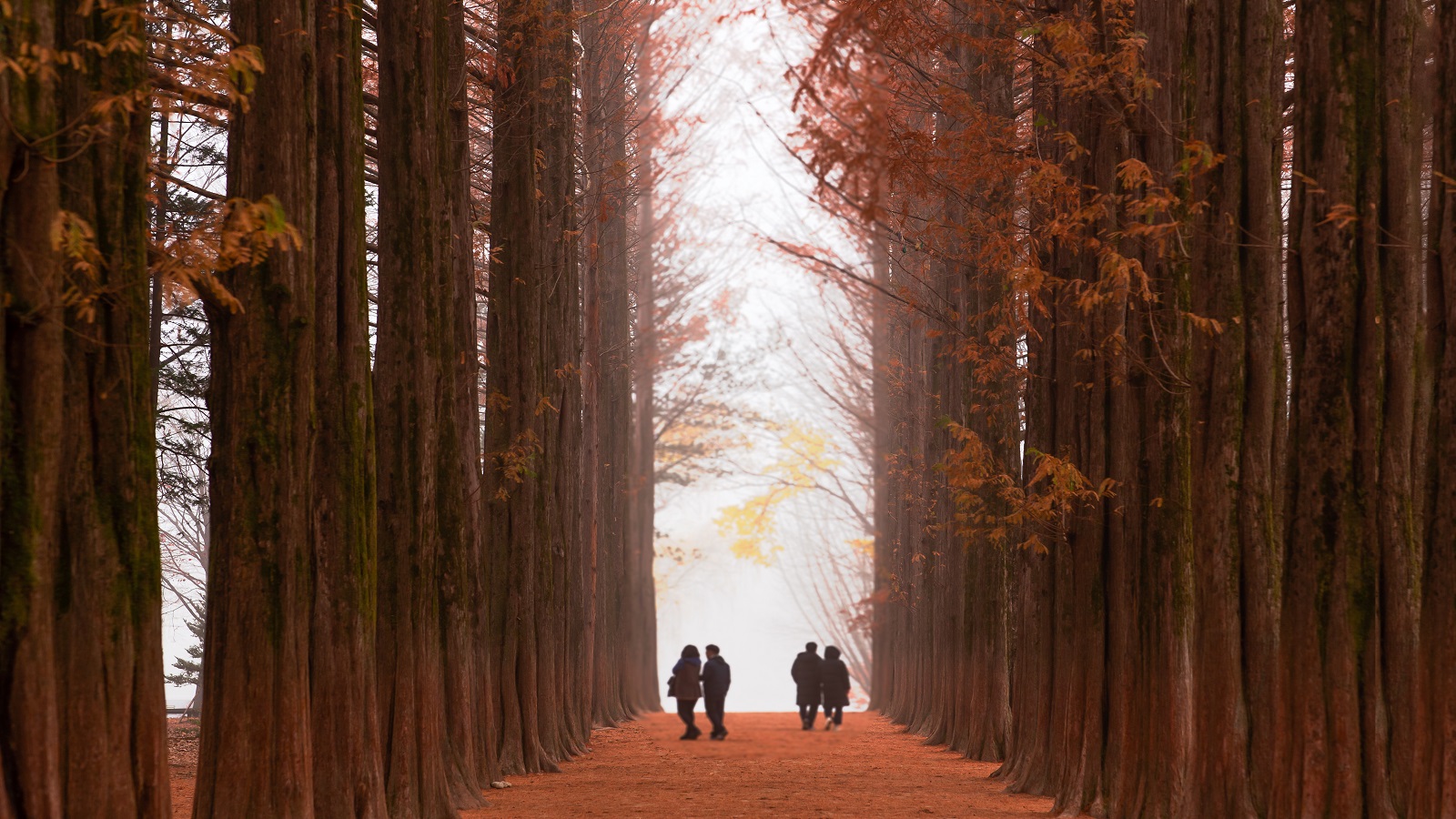 You may wonder on a night street in Seoul, “they said Korea is the land of the morning calm. But it is neither morning nor calm!” If you are looking for somewhere peaceful to appreciate Korean nature, 춘천 남이섬 (Chun-cheon na-mi-seom]) is the place to visit.

춘천 (Chun-cheon) is a capital city of Gangwon province, and it has a vast lake. 남이섬 (Na-mi Island) is in the middle of the lake. You can visit Nami Island with a “passport of the Nami Republic.” Don’t worry, it’s just a ship ticket; they call it a passport just for fun! 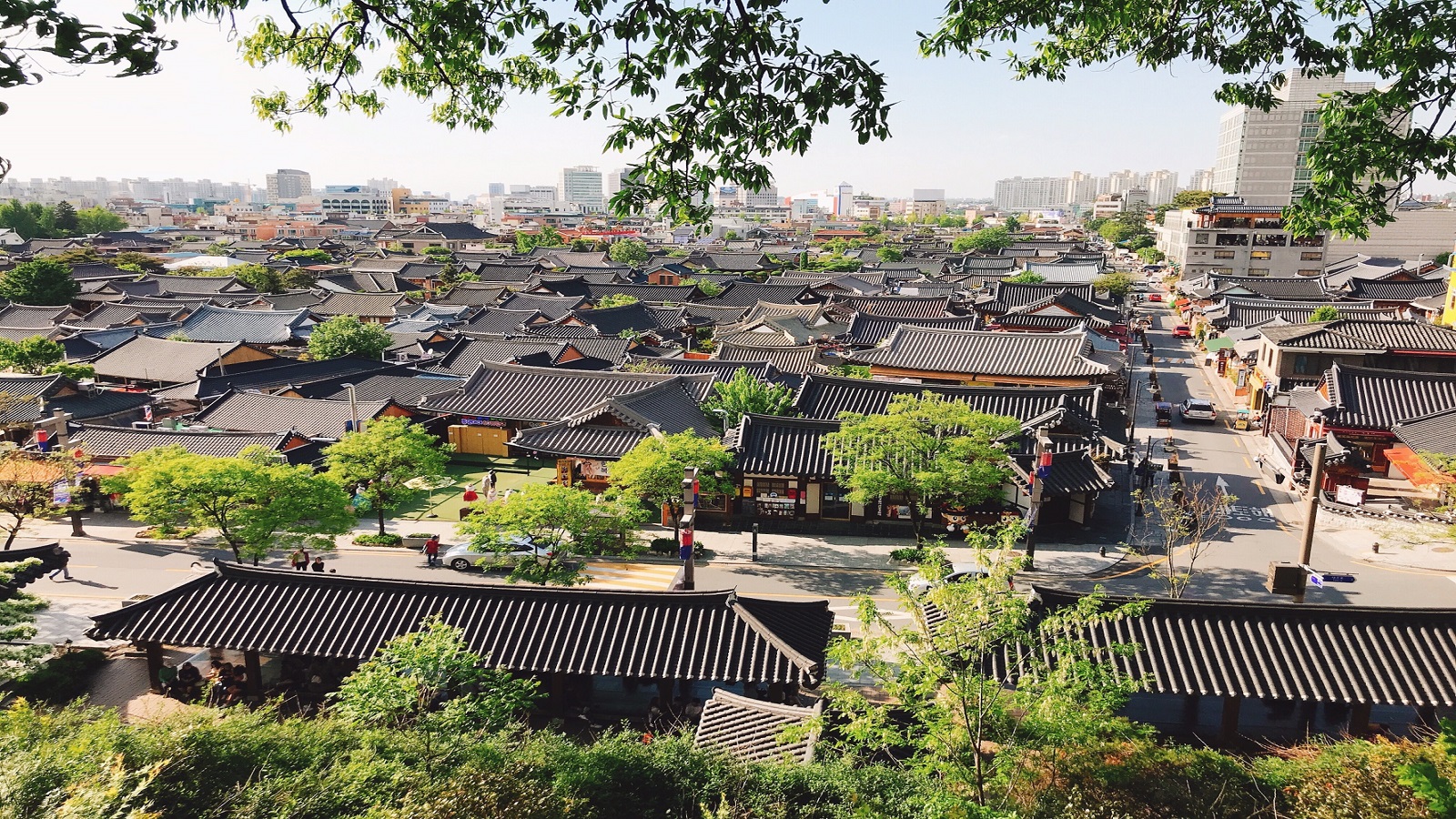 In this hanok village, every building is hanok: street food stands, traditional Korean restaurants, souvenir shops. Many hotels in this village have Korean tradition themed rooms as well. In this village, you can experience Korean culture for the entire day.

Plus, Jeonju holds an international film festival every summer. Watching foreign movies, seeing some famous Korean movie stars, and enjoying bibimbap on the same day will be a unique experience for sure! 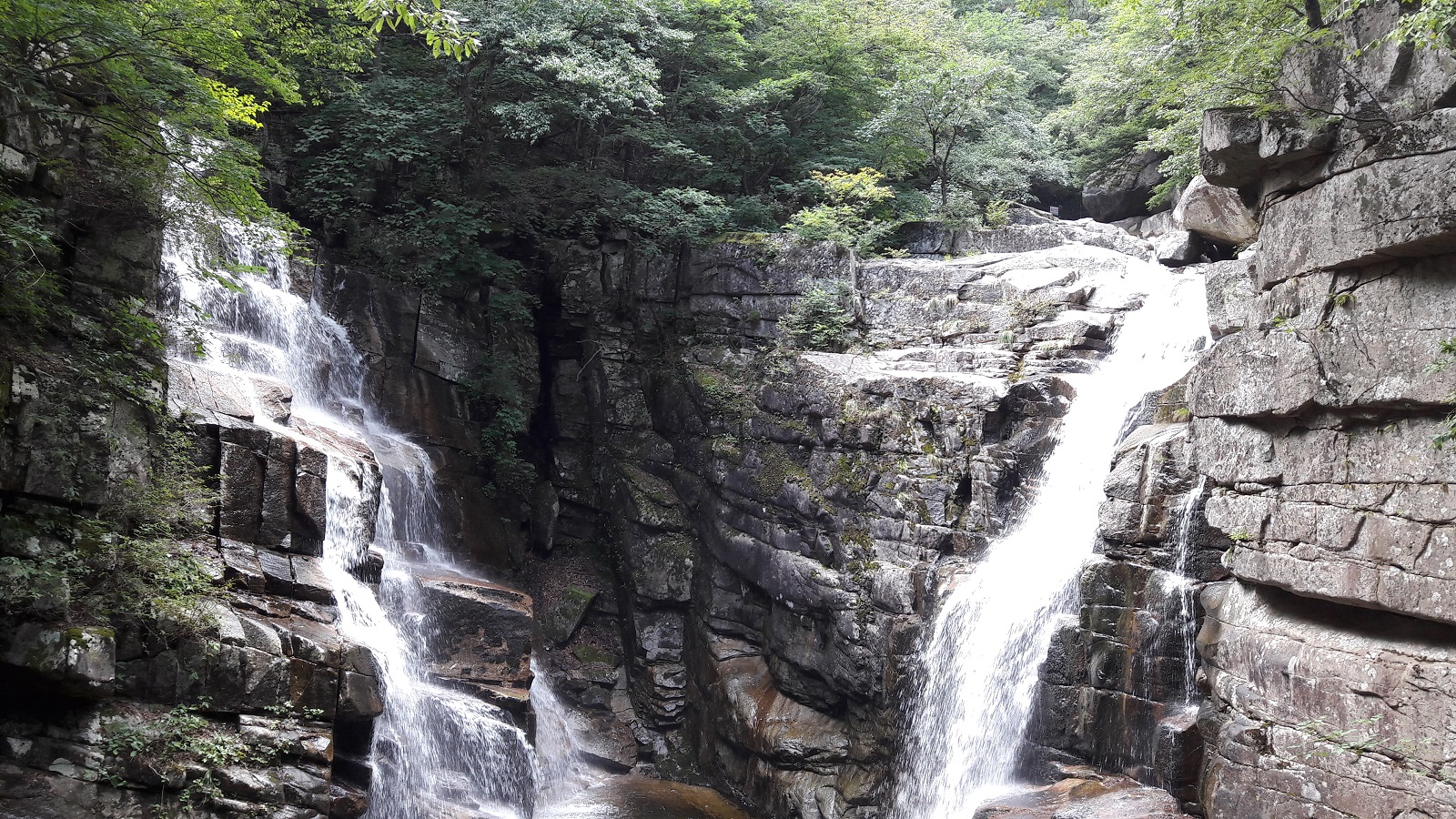 If you like hiking on a mountain, 동해 무릉계곡 (Dong-hae mu-reung-gye-gok) will be an excellent place to visit. 동해 (dong-hae) is a small city near Gangreung, with a population of fewer than 100,000 citizens.

무릉계곡 (Mu-reung Valley) is a valley in Donghae, and 무릉 (Mu-reung) means “heaven” in Taoism (ancient Asian philosophy). And it does look as beautiful as heaven would. The fresh air and clean water will wash away every stress and worry you have.

Also, there is one of the biggest caves in Korea in Donghae. It is called 천곡 동굴 (Cheon-gok dong-gul). If you have time, visit there as well!

It’s a shame that they named this park “Children’s Grand Park.” It is a grand park for everyone, and it is totally worth visiting. Besides, you do not have to pay anything to enter the zoo or other facilities in the park!

The park includes hiking trails, yards for a picnic, an amusement park, a zoo, an aquarium, a botanical garden, and playgrounds. And everything is free except for the amusement park. They say, “you get what you pay for,” but this park is an exception. This park is grand!

If you visit Korea in spring, do not miss out on this park since this park is one the most famous places to enjoy cherry blossoms. Walking around and seeing cherry blossoms, hearing children and families laughing, seeing animals in the zoo or the aquarium, everything will be a pleasant experience. 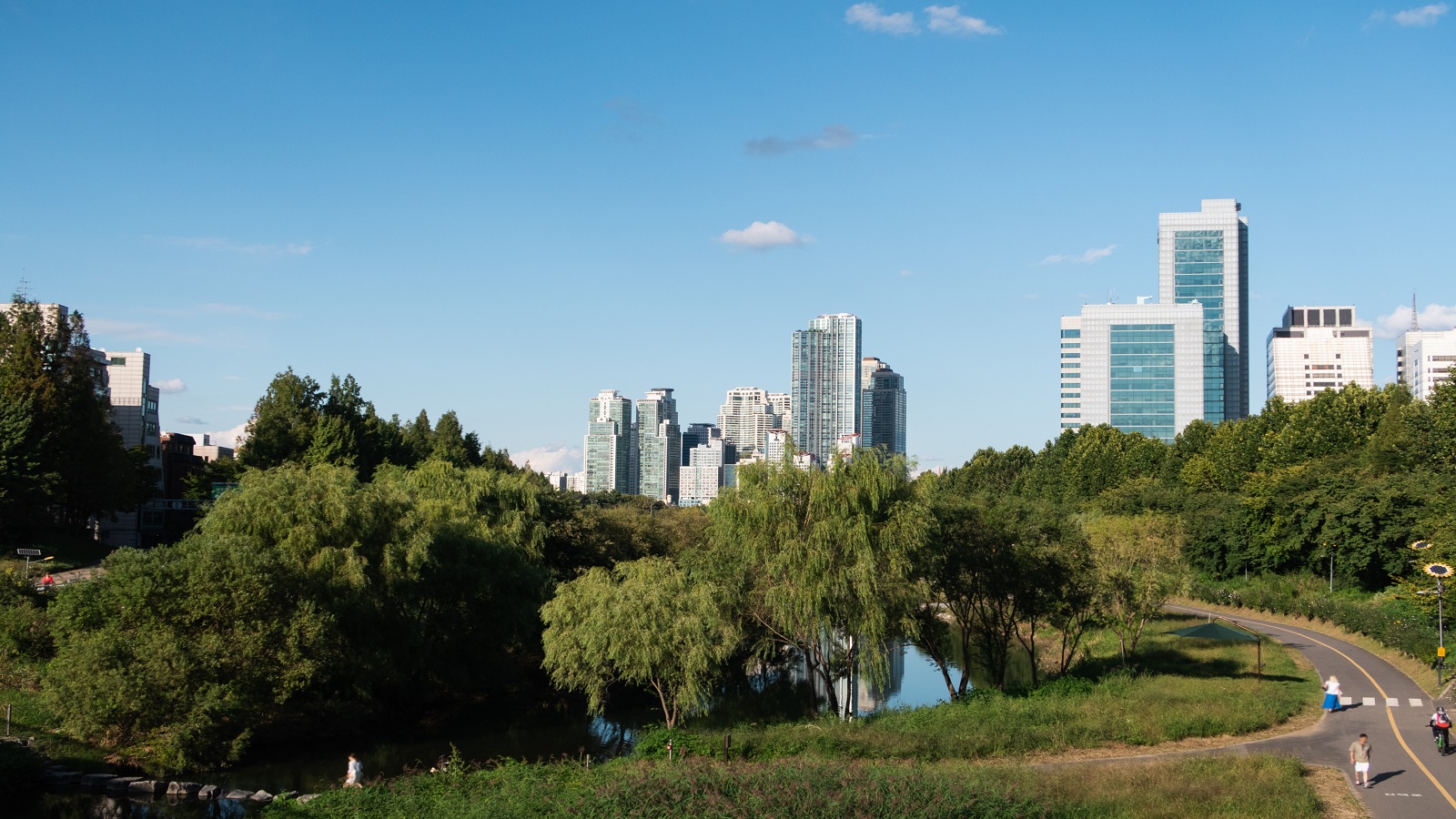 Few people seem to notice, but there is a beautiful forest park in Gangnam. The Yangjae Citizens’ Forest is just one station away from the crowded Gangnam station. As it has lovely flower gardens and trees, residents or businesspeople visit this forest in their free time. 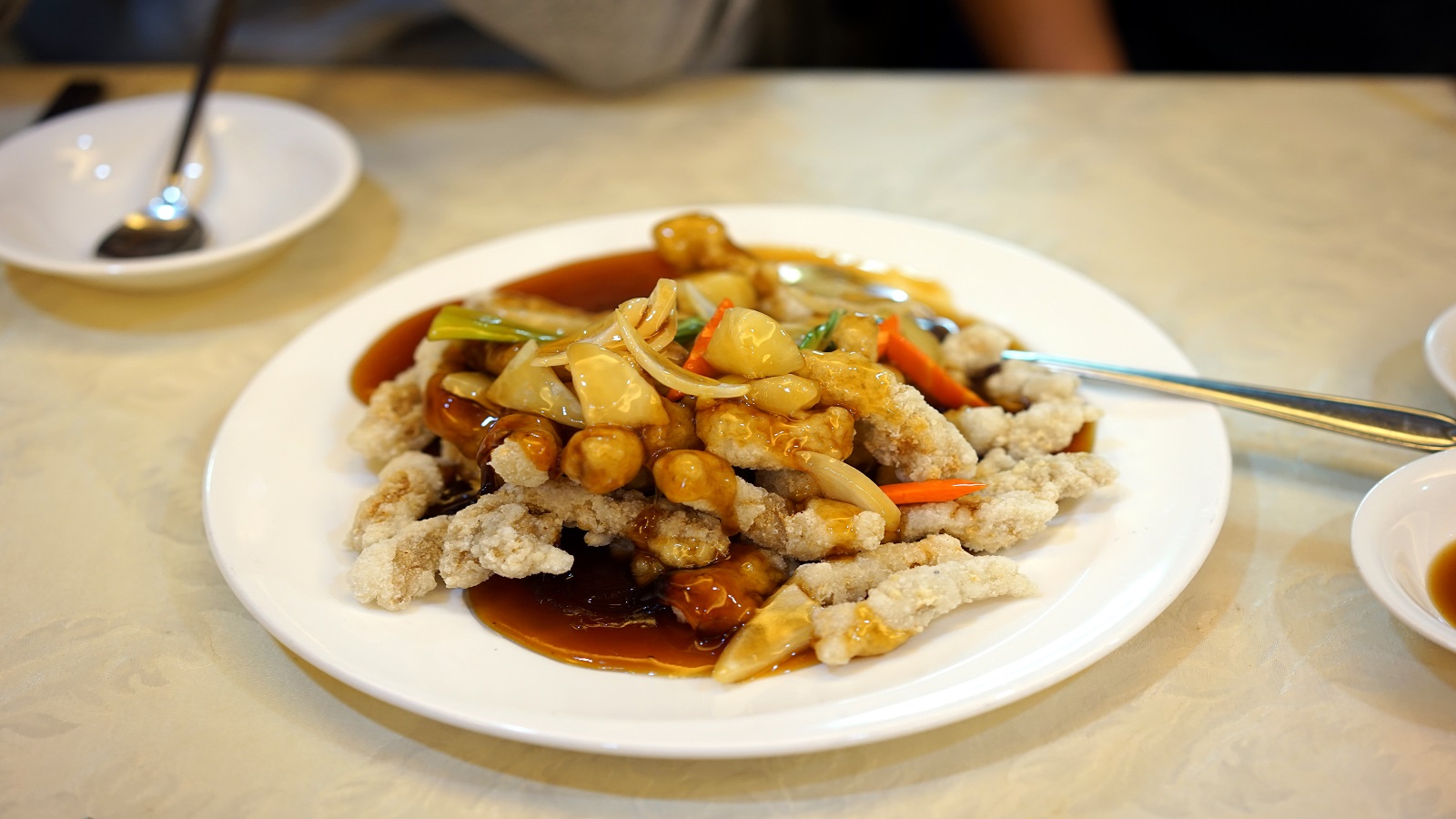 If you like Korean style Chinese food, Chinatown in Incheon will be the place to visit. Incheon is a big city in the west seaside, which takes an hour from Seoul. You might already be in Incheon as the Incheon international airport is there.

Incheon’s Chinatown is the oldest and biggest Chinatown in Korea. Chinese settled in Korea after the Korean War and formed a Chinatown in Incheon. Now it has become a place for tourism where you can try Korean style Chinese foods and visit a museum about the history of Chinatown.

If you visit Suwon, you can also visit a small garden named 월화원 (wol-hwa-won). It is an Asian style garden near the Suwon City Hall station. This garden is a perfect place to take a walk after lunch and take some pictures with your friends.

These are ten little-known places in Korea to visit. Have you visited any of them already? If you have not, I strongly recommend visiting these places when you come to Korea. Since most of them are easily accessible from Seoul, you will have unique experiences without spending too much time traveling!

Check out our list of Basic Korean Phrases for Travelers and Beginners that can come in handy.